When most people think of Illinois there are one of two images that come to mind. They either envision the grand skyline of Chicago looking out over Lake Michigan, or they fancy the flat plains of corn fields are far as the eye can see. What if I were to say that in the middle of the state there were canyons of sandstone that were cut from the receding glaciers of the last ice age?  Along the Illinois River, about 80 miles southwest of Chicago, Starved Rock and Matthiessen State Parks are exactly that. During the summer months, the Lasalle-Peru-Ottawa region becomes full of activity as tens of thousands of people from around the area make their way to hit the trails.

Starved Rock State Park is actually the most visited park in the entire state, so if you are wanting to avoid the large crowds, I know I try to when possible, it is worth to do a little fore-planning. Obviously, the summer months and the weekends are prime times for people to visit, but I found that even though I visited over the Labor Day weekend, I was able to skip the crowds by getting to the park early. I arrived at 7am and there were only a handful of cars in the parking lot of the visitor center. By the time I left later in the day, the cars were starting to circle due to the lot being full. Now, the beauty of the trail system at Starved Rock is that you can make your hike as easy or difficult as you like. For a simple easy hike, the River Trail hugs the river the length of the park and does not have very much elevation change. You still have the opportunity to see many of the canyons such as LaSalle and Wildcat canyon with a couple short side treks that once again are fairly easy. However, if you are someone looking for a stiffer challenge, the Bluff Trail is a nice test with a lot of stairs. The Bluff Trail goes away from the river and climbs the ridges giving you some views looking down into a couple of the canyons, such as Wildcat and French. Finally, if you are wanting a sweeping view of the river and landscape below, you will want to make sure to make it up to Eagle Cliff Overlook. You almost feel as though you are hovering above the water at a couple hundred feet. 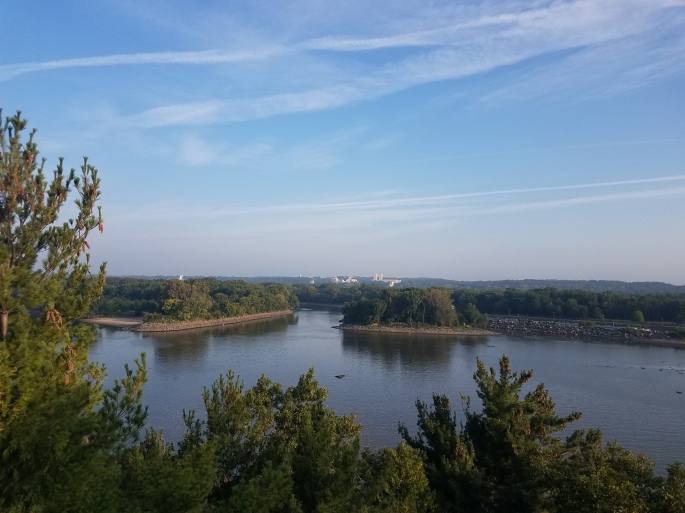 The next day I made my way over to Matthiessen State Park which has a lot of the same feel as Starved Rock, but has it’s own charm. The first thing I will recommend to anyone that is going to Matthiessen is to plan on getting your feet wet. A friend of mine gave me the heads up on this and I am glad he did. There are a number streams and waterfalls in the park that weave in and through the canyons and the best way to get back to all of it is by walking through the canyon floors. There are few times that you need to cross a stream via stepping stones or fallen log so be ready to get a little dirty. The trails themselves are not the most strenuous I have trekked, but they are challenging enough that by the end of the day, I felt like I earned a beer or two. 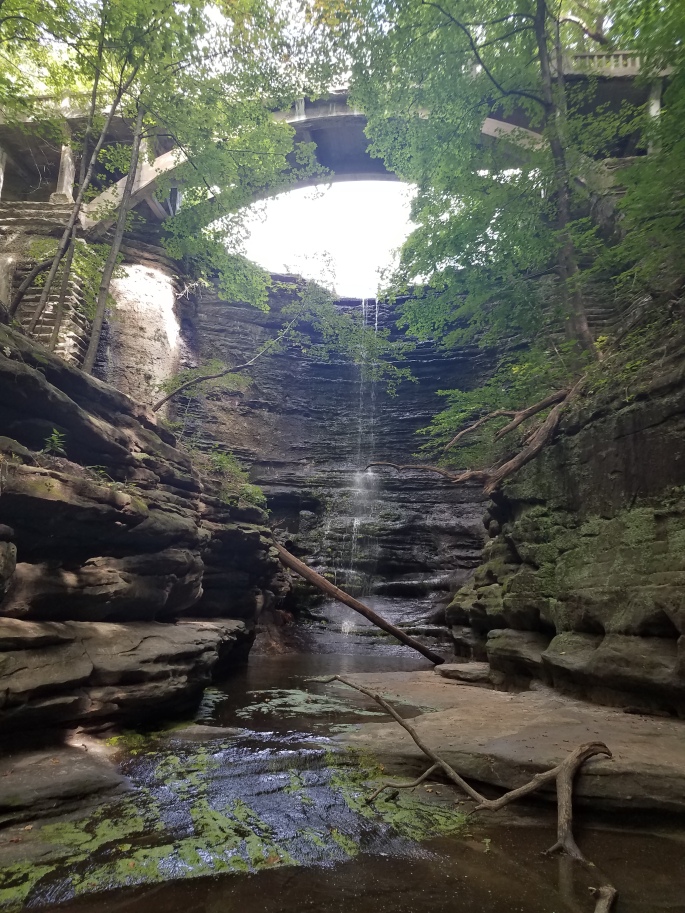 Speaking of beer…….since obviously I was in the area for a couple of days, I was surely going to find out what kind of local beer scene was available. In downtown Ottawa, Tangled Roots Brewing is a great place to stop. If you are serious about the beer and want to focus on just that, they have a no frills taproom that allows you to just sit, drink, and talk beer. However, right next door, they run the Lone Buffalo, which is a brewpub that serves the same beers, but gives you more of a restaurant feel. Both the beer and the food were fantastic, so you won’t go wrong either way. If you only have one beer there, Vulture Dragon from Radium City is a Pale Ale that is just a glass of citrusy goodness.

So while, Central Illinois is not going to start rivaling some of the huge landscapes in the Western U.S., it does give some of us flat landers some variety from the normal landscape. Plus, the local towns offer enough in the way of food and entertainment that you feel like you can make a long weekend out of it without running out of things to do.